Will ‘unique program’ succeed in Canada? 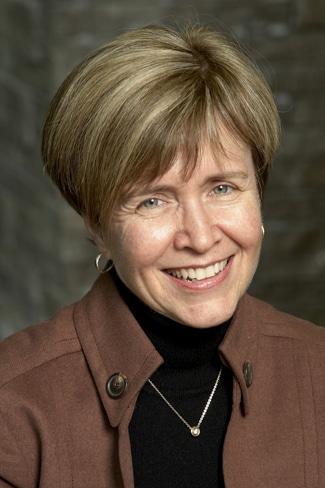 Harriet MacMillan sees the BC Healthy Connections Project (BCHCP) through a unique set of lenses.

One involves her role as the Chedoke Health Chair in Child Psychiatry at the Offord Centre for Child Studies at McMaster University. There, she co-led a Hamilton-based project piloting Nurse Family Partnership several years ago. Looking through that lens, she is eager to see Canadian young mothers-to-be get more help — via Nurse-Family Partnership (NFP). Basically, this program sees public health nurses frequently visiting young, pregnant women — in their own homes — from early in pregnancy until their children turn two years old.

Another lens comes from MacMillan’s position as BCHCP nominated co-principal investigator — along with Charlotte Waddell from Simon Fraser University. Here, MacMillan primarily wants to ensure the rigorous demands of a randomized controlled trial of NFP are met.

“I think it’s such an important study and it’s wonderful we have the opportunity to conduct this trial in BC,” she says. “The collaboration between the scientific team and the BC policy makers is terrific.”

In helping launch the Hamilton pilot project several years ago, MacMillan worked with a team adapting the American NFP materials to meet Canadian needs and standards. For example, in the US, each nurse is responsible for 25 young mothers-to-be. “In Canada, partly due to issues like geographic distance, we determined it should be no more than 20,” she says. As well, even though both countries support breast-feeding, “Canada tends to put a bigger emphasis on it.”

The pilot project also examined the whole referral process. MacMillan recalls: “We asked, are we able to get referrals and are we able to recruit women?” And once women did join the project, the team asked: “Do both the women and the nurses find NFP acceptable?” Indeed, the pilot project showed that NFP referrals were feasible, and that women and nurses both welcomed NFP.

“I think it’s fair to say that these young mothers were a high-risk group, but basically what we found was that once they were on board and engaged, they really seemed to appreciate the program.”

As for whether the program will succeed in Canada the answer remains to be seen. “My hope is that we will see similar benefits associated with NFP here as compared with the US trials,” MacMillan says.

“NFP is such a unique program where nurses develop this special relationship with mothers prenatally, such that mothers become very tuned in to the needs of their child, and so we hope it will improve outcomes for both mothers and their children.”

Note that Nurse-Family Partnership is available only through the BC Healthy Connections Project for the duration of study recruitment. Practitioners or young pregnant women can click here for more information.