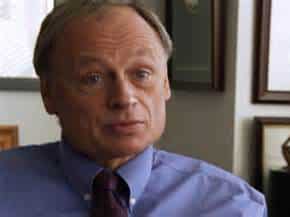 Solving a problem, not just promoting a program

Canadians and Americans, on average, live in the same types of homes, listen to the same music and watch the same TV shows.

For these reasons, you might expect that a public health program like Nurse-Family Partnership (NFP) would be equally effective in Canada and the US. Yet we can’t necessarily assume this is true.

Although NFP looks extraordinarily positive because it has succeeded for more than 35 years in the US — reducing child maltreatment, improving Children’s mental health and learning, and improving mothers’ economic self-sufficiency — its effectiveness here remains unknown and unproven.

The main reason according to the developer of the program, Dr. David Olds — a professor of pediatrics, psychiatry, and preventive medicine at the University of Colorado, Denver — is Canada’s superior health and social service systems.

“You have a health and human service delivery system that’s better organized and better delivered than in the US,” he says. “And NFP has its greatest benefits for people living in the most disadvantaged circumstances.”

The only way to determine exactly how effective NFP will be in Canada is to put it to the test of a randomized controlled trial or RCT.  BC is now leading the country in being the first to conduct such an RCT. This test involves recruiting a large number of participants and randomly assigning half to receive the program and half to receive existing services. Public health scientists consider the RCT to be the “gold standard” in evaluating program effectiveness.

By comparing the outcomes for those who receive the program versus those who don’t, researchers can precisely quantify the benefits. This comparison helps confirm that improved outcomes are due to the program  — in this case, NFP — rather than due to other factors such as chance. Conducting an RCT also ensures that we understand exactly what outcomes we can achieve with BC mothers and children.

Any complex public health RCT requires significant resources and large teams of people — in this case, including many researchers, policy-makers and public health nurses. But these investments are more than worthwhile given NFP’s promise for improving the lives of BC mothers and children.

Olds is so strongly committed to such scientific rigor that he will not license anyone outside the US to use his program unless they perform an RCT in advance — to see how well NFP works. In addition to the study being conducted here, called the BC Healthy Connections Project, similar work is being done in England and the Netherlands.

“I want to solve a problem, not promote a program,” Olds says, noting that it’s entirely possible that certain subpopulations will respond better than others.  Olds first identified the “problem” at an American inner-city daycare center in the early 1970s. He noticed the difficulties in the lives of low-income children and realized these children needed help much earlier— even before they were born.

This led to him developing a nurse home-visitation program for low-income women about to become first-time parents and their children beginning no later than 27 weeks of pregnancy and continuing until children turned two.

While he acknowledges that RCTs are expensive, Olds says the investment is well worth it. “In the long run, that money is going to be a very small drop in the bucket compared to what society is likely to get out of the program,” he says. For example, US researchers have estimated net returns of $2.88 US for every dollar invested in NFP, with that figure nearly doubling — to $5.70 US — for the most disadvantaged families. Savings were attributed to reduced use of healthcare and social assistance as well as, in one study, reduced child protection costs.

As Olds concludes, “If there’s going to be long-term public commitment to this program, it’s crucial that we all know that it’s producing robust effects in varied community settings. Without knowing how effective the program is, we don’t have the right to say that this the best use of scarce public resources.”