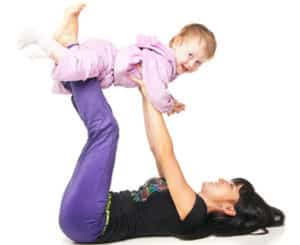 When talking about the healthcare system, Jan Tatlock likes to quote Albert Einstein. He defined insanity as, “doing the same thing and expecting a different result.”

For Tatlock, director of public health for BC’s Island Health Authority on Vancouver Island, insanity means spending money only on the sick and otherwise ignoring public health and prevention.

“If we want the madness to stop, we have to make a modest investment,” she says, arguing that at least five cents of every healthcare dollar should go to public health. By way of comparison, she points to the millions of dollars BC invests in surgery every year. She doesn’t call that a bad thing. Instead, she argues that it should be supplemented with more public health interventions as well. “If we don’t do both acute care and public health, we are not going to have the changes that we want. It’s not an ‘either/or’ situation — it’s a ‘both/and.’ ”

For Tatlock Nurse-Family Partnership (NFP) is a good example of a public health approach.

With NFP, public health nurses visit young women who are pregnant and preparing to parent for the first time — providing them with home visits and intensive supports until the child’s second birthday. NFP starts earlier than any other early childhood program, which allows it to influence development right from the start. NFP also has the potential to profoundly alter the trajectory of children’s lives, in part because it focuses on families who are coping with challenges like housing insecurity or low income — reducing the negative impact of any early adversity. In turn, this can contribute to a lifetime of wellbeing and resilience for children.

NFP has been thoroughly tested in the US, and has also been evaluated in the Netherlands and England as they have different health and social services systems. But the BC Healthy Connections Project is the first Canadian evaluation of NFP. Through this project, NFP’s effectiveness is being measured compared to existing services across the province.

In the US, NFP has led to net public savings of $18,000 per family over 10 years. But one of the challenges, Tatlock says, is that these savings take time to accumulate and they frequently occur in systems outside of healthcare, such as justice and foster care. “But that’s how it works,” she says. “Given time, the mum is more likely to be employed and doing well.” And, more importantly, she can provide better care and her child is likely to have a more positive future.

As well, NFP has been good news for nurses delivering the program. The Health Authority is hearing about much more job satisfaction and seeing decreased sick time and decreased attrition. “What we’re finding is that nurses in NFP are loving it,” Tatlock says. “This is the work they’ve always wanted to do and there’s incredible value when they see such meaning in their jobs.”

Tatlock especially likes the way NFP focuses on children and women who, more typically, are last on the public attention list. “We should be making them first,” she says, “because our population is aging. We want them to be as healthy as possible.”

For those who think the BC Healthy Connections’ cohort of young, disadvantaged first-time mums is too small a group to focus on, Tatlock argues that NFP can and should be embedded with overall public health programming — as part of a broader commitment to child and maternal health. So Island Health offers both NFP and other, similar programs that aren’t necessarily limited to young, first-time mothers and their children. “Our approach allows nurses to engage at an intensity determined by the women themselves,” she says. “Some may choose not to engage while others may be open to additional or more intensive services.”

But if it ever comes to the question of acute care versus public health, Tatlock argues passionately that both approaches are necessary. “We’re all pulling on the same lever,” she says. “But we need to do it together.”