In a position statement made public this week, the Royal College of Physicians and Surgeons of Canada has endorsed the Nurse-Family Partnership program, or NFP.

The College argues that the years between conception and age six are a time when crucial developments take place across social, emotional, cognitive and physical domains. As well, it states that early childhood has a profound influence on adult health.

“Adult health is more influenced by events and conditions in early childhood and even before birth than was ever imagined in the not too distant past,” the statement says. “Health promotion and disease prevention programs targeted at adults would be more effective if investments were also made early in life on the origins of those diseases and behaviours.”

The position statement also notes that Canada lags far behind other countries in terms of early childhood education and care. The Organisation for Economic Co-operation and Development currently ranks Canada as tied for last place among 25 countries evaluated for early childhood development.

What is Nurse-Family Partnership? 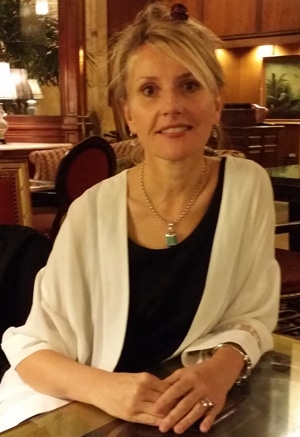 On seeing a baby, most people will smile or hold out a finger to be grasped. But all mothers and fathers understand that looking after a baby is one of the most challenging tasks they’ll ever face.

This is particularly true for first-time mothers who are young, or poor, or both.

As Provincial Coordinator for the Nurse-Family Partnership (NFP) program for the BC Health Ministry, Donna Jepsen says her group is working to secure better care for these mothers and their children through the BC Healthy Connections Project (BCHCP).

Developed in the US over 30 years ago by David Olds, NFP is an intensive home-visiting program delivered by public health nurses. It’s specifically designed to help disadvantaged young women who are preparing to parent for the first time. But the program has never been tested in Canada before.

This scientific evaluation of NFP’s effectiveness is being conducted across BC over the next five years. As part of the evaluation (which includes a randomized controlled trial and a process evaluation) 50% of women will receive NFP. The remaining 50% will receive the services typically provided by their Health Authority. Then, then the two groups will be compared.

“The two groups are equally important,” Jepsen notes, because combined, they will help us understand how to improve public health services in BC. As well, all women taking part in the study have the chance to share their experiences with the researchers — a connection that most mothers value.

NFP itself begins early in pregnancy (ideally before 16 weeks) because one of its explicit goals is to improve children’s wellbeing by starting early — before children are even born.

Women enrolled in NFP through the BCHCP receive weekly visits from their public health nurse initially. Visits may then move to biweekly or monthly as the program proceeds.

At the home visits, nurses and the mothers work together on topics such as:
•    Ensuring a healthy pregnancy
•    Preparing for childbirth
•    Understanding early child development
•    Developing healthy parenting skills
•    Future life planning and
•    Accessing community supports and resources for mothers and children.

“This helps women manage the emotional, social and physical challenges they face and gain the confidence to create a better life for their children and themselves,” Jepsen says.

Many positive long-term effects were found when NFP was tested in randomized controlled trials in the US:

“These are significant public health outcomes and we’re hopeful that we’ll see these same outcomes here in BC as a result of more intensive and consistent support to these families,” Jepsen says.

Today BC is also going through a change of practice with respect to prenatal care. All primary care providers — doctors, midwives and nurse practitioners — are now being asked to refer pregnant women to public health as early in pregnancy as possible. Formerly, in many BC Health Authorities, this would happen later in pregnancy, post-partum or only in special circumstances. 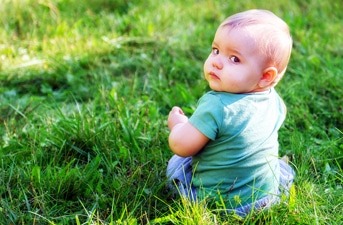 As a scientific interviewer with the BC Healthy Connections Project (BCHCP) in Vancouver, Emilie Watson* is also in the final stages of her Master’s of Public Health degree.

For her, the chance to interview disadvantaged young women who are preparing to parent for the first time is a valuable lesson in real life. “You can read about research in the literature,” she says, “but to experience it in person has been completely different.” As a student whose earlier experience had been solely in labs, she hadn’t had what she calls “that community touch,” before her current job.

Watson says that she not only enjoys the chance to speak one-on-one with the young women but has also been struck by how often they see the value in the study themselves. “They often say to me, ‘I see why you’re doing this research,’” she says. “It’s a privilege they allow me to be part of their lives. It speaks to their hope to help other young mothers and their children and their willingness to contribute.”

Noting that the purpose is to learn more about the effectiveness of the Nurse-Family Partnership Program in BC, Watson adds that although the program was widely tested in the US, it has never before been tested in Canada. “Just because a program works for one country doesn’t mean it ‘s going to work in another,” she says. “That’s the value of doing this study.” 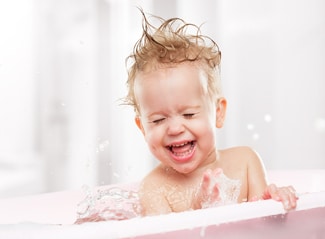 It’s a result of her role as a Nurse-Family Partnership (NFP) nurse with Island Health. “In the past I would see them in a clinic, hear their story and then watch them go off,” she says. “I often felt, ‘that kid has a lot on her plate,’ or ‘I hope she finds someone in her life to support her.’ Now I understand that someone is me.”

Making these critical and intense connections with young women who haven’t always had the opportunity to connect with supportive adults before is what inspires Jenkins. She knows there’s always the potential to help them have a better chance of succeeding as parents, whatever the challenges they may face.

“This is more in-depth and more personal,” she says.

Jenkins says she tries to convey the message that being a parent is a huge job — that goes on for a long time. She wants to help the young women find ways to meet their own needs, so they can give their children the love they require and deserve. “I see myself as their cheerleader in the tough times and someone who can celebrate with them in the good times,” she says.

For Jenkins, one of the biggest changes concurrent with NFP in BC has been the development of new prenatal registries, in which doctors, midwives and other community professionals are asked to refer women to public health as soon as they are aware of them being pregnant. “In the past, we wouldn’t see the moms until after the baby had been delivered,” she says. “There were so many women who didn’t know what services they could get.

“Now we provide a sort of one-stop shop that allows people to tell their story and see what’s available to them.”

Note that NFP is available only through the BC Healthy Connections Project for the duration of recruitment. Practitioners or young pregnant women can click here for details on how to reach public health and determine eligibility for the BCHCP.

* Name has been changed.

Sharing the excitement of a ‘unique’ study 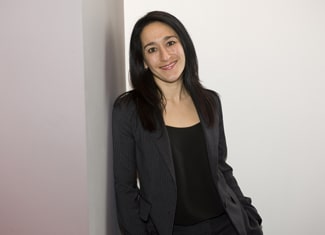 A scientist by training, Nicole Catherine speaks from the heart when it comes to the Nurse-Family Partnership (NFP). As scientific director and co-principal investigator of the BC Healthy Connections Project, she’s eager to test NFP.

“It reflects everything that appeals to me,” she says. “It’s consistent with my training. And it speaks to my heart because it’s an intervention for young, first-time mothers.”

Growing up poor, near Dundee — the fourth largest city in Scotland — Dr. Catherine saw her younger sister become pregnant at the age of 16 and witnessed, first-hand, the struggles she faced. At the time, the Dundee area had the highest teenage pregnancy rate in the United Kingdom. “My sister didn’t have the help she needed,” Dr. Catherine says, “and she struggles to this day.”

An intensive child and maternal health program, Nurse-Family Partnership gives disadvantaged women — who are preparing to parent for the first time — one-on-one home visits with public health nurses throughout the pregnancy, continuing until children reach their second birthday.

And the BC Healthy Connections Project is the first-ever scientific evaluation of NFP in Canada. Before leading this study, Dr. Catherine spent more than 10 years running randomized controlled trials on a wide variety of interventions, including another BC project promoting child health. She earned her PhD from UBC with a dissertation on children’s behaviour and biological responses to stress.

From there, she became a post-doctoral fellow in psychology at SFU — funded by the Canadian Institutes of Health Research — studying adolescent development.

But even then, she was familiar with NFP. “Anyone in the field of prevention science knows about it because it’s so ground-breaking,” she says. Although she’s studied newborns, children and adolescents, she welcomed the chance to work with pregnant women. “I’ve always known that intervening earlier is better,” she says.

Despite her rich experience with other scientific studies, Dr. Catherine describes the size and scope of this current project to be unique. To have the policy partners — the BC Ministry of Health, the BC Ministry of Children and Family Development and five Health Authorities — collaborating so closely with researchers is both unusual and invaluable, she says. “I’ve never experienced such a rigorous research-policy approach to an evaluation and it’s wonderful.”

Another aspect that makes the project unusual is its goal of recruiting more than a thousand women who are socially disadvantaged, young and pregnant. Doctors, midwives and other community professionals are being asked to refer pregnant women to their local public health unit as early in pregnancy as possible. Public health nurses then screen the young women, offering them existing services and assessing them for eligibility to the BC Healthy Connections Project.

As well, evaluating NFP is a huge endeavour. (Some 50% of participants are randomly allocated to receive existing services, while the remaining 50% are randomly allocated to receive NFP plus existing services.) The SFU Study Team conducts six interviews with each participant — throughout her pregnancy until her child’s second birthday. That’s more than 6,000 interviews.

To achieve this, Dr. Catherine supervises and supports the recruitment and training of SFU Study Team members as well as field interviewers, who are responsible for conducting interviews with all participants either in their homes or over the telephone. “That involves a lot of training so they become really skilled researchers,” she says. “They demonstrate respect and rapport with these young mothers who are giving us their valuable time.”

Each interview may be as long as two hours — inviting women to share their experiences in depth on topics such as preparing for parenting, health needs and social supports. “That’s a lot of data we’re collecting that needs to be coded, validated and analyzed,” she says.

“It’s also an honour to hear these young women’s voices.”