BC recommits to Nurse-Family Partnership

BC has recently released a new Mental Health Strategy (2017–2020). This is a supplement to Healthy Minds, Healthy People, BC’s existing 10-Year Mental Health Plan (2010–2020) jointly sponsored by the BC Ministries of Health and Children and Family Development.

Of note, the new plan recommits to supporting Nurse-Family Partnership. This intensive public health nursing program supports young, first-time mothers and their children who are living on low-income. Starting prenatally then continuing over the first two years of the child’s life, the program aims to improve children’s mental health and development, while also improving the mother’s life circumstances.

Nurse-Family Partnership is currently undergoing a scientific evaluation known as the BC Healthy Connections Project. The Children’s Health Policy Centre at SFU is leading this randomized controlled trial with more than 700 families — with scientific collaborators at McMaster University, UBC and the University of Victoria. The Project is also being conducted in close collaboration with policy partners in the BC Ministry of Health and the BC Ministry of Children and Family Development, as well as in Fraser, Vancouver Coastal, Island and Interior Health Authorities.

In other news, the plan will also increase the number of community-based child and youth mental health clinicians across the province. It will add up to 120 net new positions to existing services over three years. This will increase access for up to 7,000 children and youth each year on top of the 27,000 who are currently being served.

The new staff will include specialized clinical practitioners, and community support and outreach workers. They will help Indigenous and non-Indigenous children and youth and their families address their mental-health challenges.

Anyone seeking a referral to Nurse-Family Partnership should contact their local Health Authority.

Anyone seeking more information on Child and Youth Mental Health services should contact the Ministry of Children and Family Development.

Funding for childhood mental health in BC should increase three-fold to reach all children with mental disorders. That was one of the key messages from child psychiatrist and CHPC director Charlotte Waddell, in speaking at B4Stage4 event in Victoria, November 29.

Sponsored by the Canadian Mental Health Association, B4Stage4 is a campaign highlighting the difference between cancer and mental health care in Canada. “We don’t wait until stage 4 to intervene for cancer, so why do we wait to treat mental illness and addiction,” the website reads.

In her plenary talk, Waddell delineated the numbers for BC:

• But only 30 % receive the specialized treatment they need

Waddell emphasized that it is unthinkable that we would ask 70% of BC children with cancer to go without treatment. So we can no longer allow this to continue for children with mental health problems.

Waddell also pointed out that five of the most common mental-health conditions in children and adolescents — anxiety disorders, attention-deficit/hyperactivity disorder, substance misuse, conduct disorder and depression — are also preventable. More information about Waddell’s talk is available in an article in the Times-Colonist. 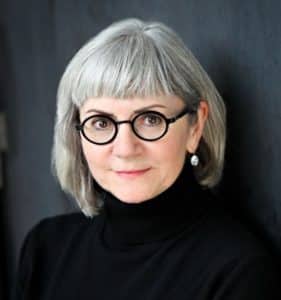 In marking the May 15 United Nations International Day of Families, the Simon Fraser University website presented a profile of the Children’s Health Policy Centre and its director, Charlotte Waddell.
The story began…
The theme for this year’s International Day of Families on May 15th is “Families, healthy lives and sustainable future,” with a special emphasis on the most vulnerable members of society: children.
At SFU’s Children’s Health Policy Centre, every day is devoted to enhancing children’s social and emotional wellbeing. Its work is guided by the central question, “What are the most effective ways to ensure that every child can flourish and participate?”
Dr. Charlotte Waddell, the Centre’s director, believes passionately that society should invest in providing all children with the best possible start in life. Mental health problems are like the tip of an iceberg…. (see more)