Nurse-Family Partnership (NFP) — a program aimed at improving the health and development of disadvantaged children — has shown an impressive record in the US for more than 30 years.

Now NFP is being tested in other countries and the results are starting to appear. Results in BC — where NFP is being tested for the first time in Canada — won’t be available for several years. But meanwhile, researchers in the Netherlands have also had positive findings.

As reported in three peer-reviewed journal articles in Midwifery and PLOS ONE, the program has been shown to reduce prenatal smoking, increase breastfeeding, and improve child and family safety.

As the Dutch authors observed: “The results of this randomized controlled trial…corroborate the positive effects of this type of intervention that have been shown in NFP trials conducted in the US.”

In England, on the other hand, NFP has not shown the same impact.  In fact, the Lancet has just published an article outlining limited benefits for children and families who received Family-Nurse Partnership (the UK-adapted version of NFP) compared with existing services.  There, researchers studied prenatal nicotine use, subsequent pregnancies at 24 months postpartum, infant birth weight and child emergency room encounters for all causes. The Lancet has also included a commentary on the English findings by David Olds, NFP’s founder.

Charlotte Waddell, who is the co-principal investigator for BC’s NFP evaluation, says, “Every country is different.  For example, public health spending and other kinds of social supports vary a lot, which can influence how effective a new intervention may appear to be.”

“But this is exactly why we’re conducting a trial in BC — to learn how well NFP works in BC and Canada,” Waddell says.

As to whether the effort and expense of this kind of evaluation is worth it, Waddell has no doubts. “Our aim is to improve the lives of children in BC.  This trial is the best way to find out if NFP should be an important part of this.”

To read the three articles on the Dutch trial results please see the following:
Science Direct
Plos One: 2015
Plos One: 2013

To read the article on the English trial results please see the Lancet.

To read David Olds’ commentary on the English trial results please see his article in the Lancet.

The English Family-Nurse Partnership Unit has also posted a response on their website.

The Children’s Health Policy Centre has just finished a national qualitative study looking at the singular influence of parents of children with autism on the policy process in Canada – and the lessons to be learned in improving services for children with other kinds of mental health and developmental difficulties. Full text of this article is available here. 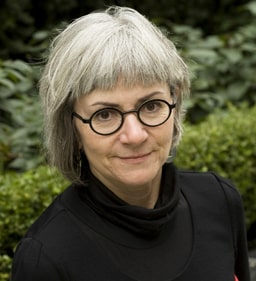 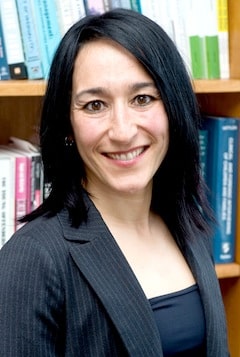 Dr. Nicole Catherine has been appointed Mowafaghian University Research Associate with SFU’s Children’s Health Policy Centre. She is also Scientific Director for the BC Healthy Connections Project and Adjunct Professor in the Faculty of Health Sciences at SFU.

Dr. Catherine completed her BSc in pharmacology at Dundee University, Scotland, followed by an MSc in nutritional sciences at the University of Toronto. She received her PhD in educational psychology at UBC, studying the neurobiology of social support and child behaviour. Before joining the Children’s Health Policy Centre, she was a post-doctoral fellow in psychology at SFU, studying the neurobiology of adolescent development. She has more than 10 years of experience leading randomized controlled trials.

Funding for this University Research Associate position is made possible by the generous support of the Mowafaghian Foundation, which aims to better the lives of children through health and education.